She's finally home, thanks to a great couple that I hired on Uship! They go by the user name of expresshaul.

I was their first customer on Uship, and I was very happy with their service. I highly recommend them to anyone that needs a professional job done.

OK, enough with the commercials!

Unfortunately, the first Uship transporter was a bit of a jerk. I told them what all would be involved, and they agreed to take my trailer up to where the boat was to get the boat, load it on my trailer, and bring it back. I even offered to go with them to help load it. they said that wouldn't be necessary.

When they got there, they  decided that the job would be too tough for them. They made up excuses, lied about my trailer not being strong enough to hold the boat, said that I didn't tell them how much the boat weighed, etc. Then they claimed that it was sitting 6" off the ground, and that they had no way to lift it.

They brought my trailer back empty, and charged me $200 to get it back from them!
I had to pay up and look for someone else to do the job.

Then I came across the good folks that I wrote about earlier. 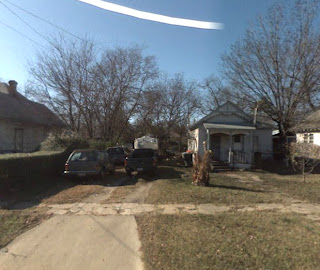 I found this picture of the boat at Chip's house on Google maps, once he gave me the directions. It had been sitting there for 5 years, and all the time I thought it was being stored locally! 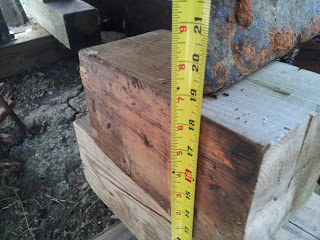 Here is a picture that the second transporter took that shows the boat on blocks. he wanted to prove to me that the first guy was lying about the boat being 6" off the ground.

Here are a few other pictures of the boat next to the house and getting ready to load on the trailer. This is the transporter's trailer, not mine. He asked if he could use his since it would save him about three hundred miles round trip. I didn't care who's trailer it was, I just wanted my boat! 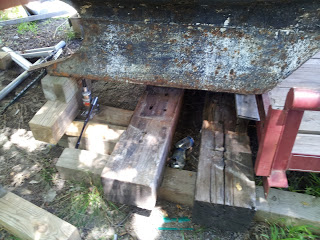 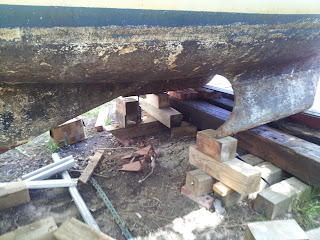 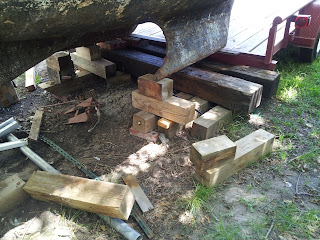 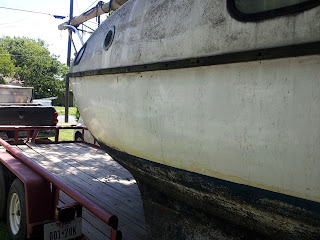 Here she is on the trailer, getting ready to come home! 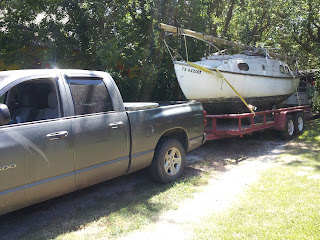 It was easy enough getting the boat off his trailer. We tied it off to a tree in my yard and drove the trailer out from under it. We put blocks under her keels as she slid off of the trailer. Easy. No problem there.

The BIG problem came when we were loading it onto my trailer. That ordeal took several hours in the Texas summer heat. Jacking, winching, sliding and sweating, but we finally got her on.

Now, she sits proudly, if somewhat filthy, on her trailer. You can see that I've got a bit of work ahead of me! 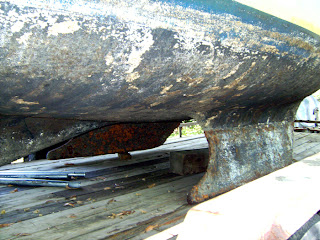 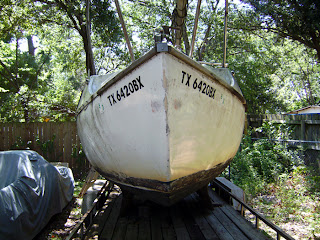 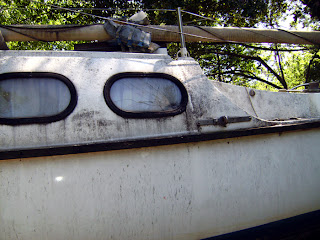 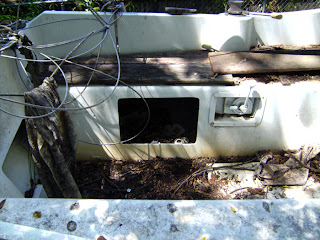 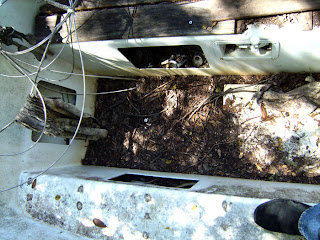 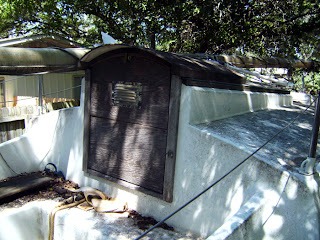 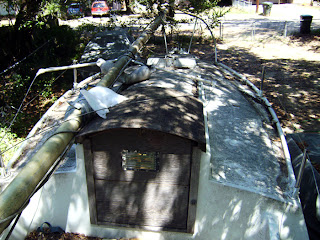 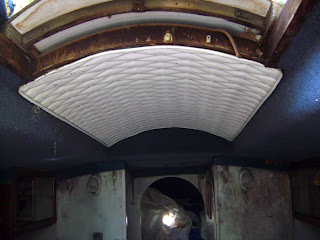 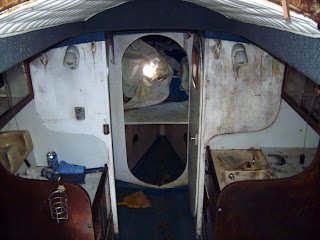 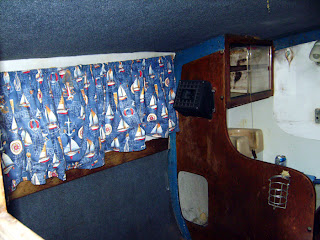 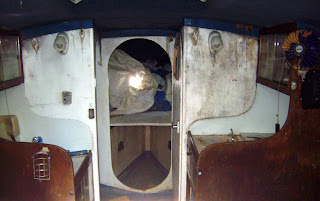 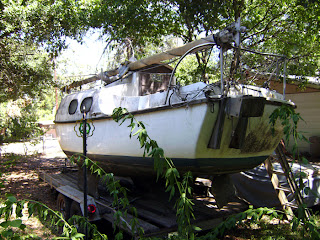 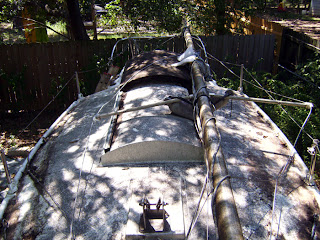 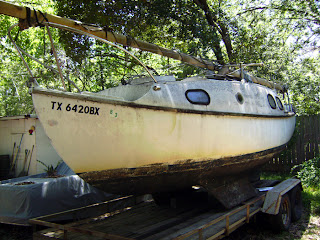 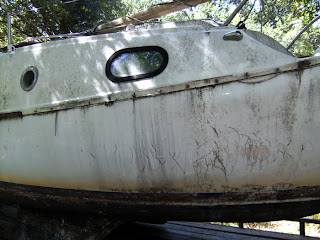 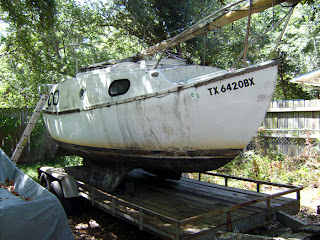 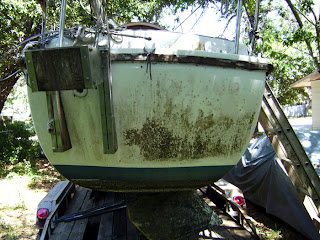 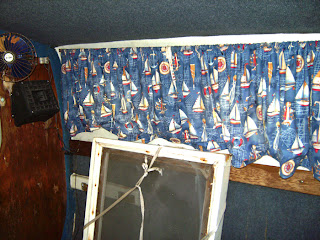 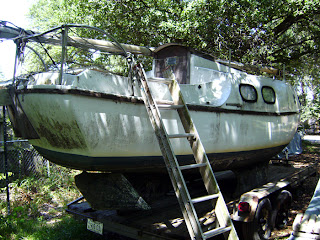 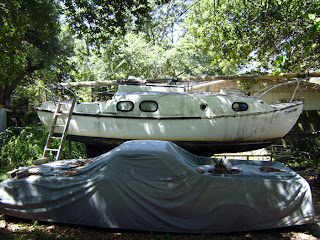